The Upper Room celebrated its final worship service on February 23rd, 2020. Although we will no longer be meeting formally as a church, members of our community continue to meet weekly for our Friday game night. 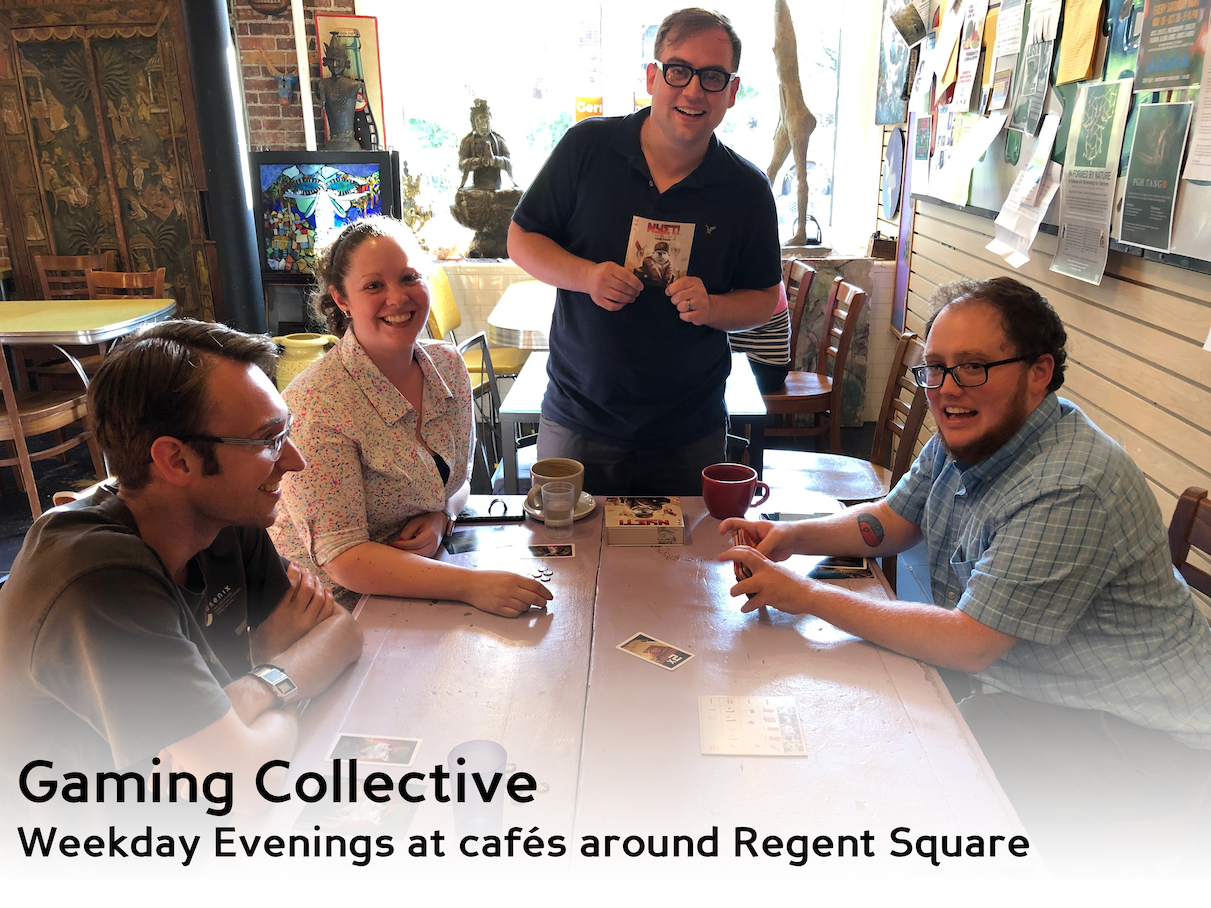 On weekday evenings we meet as Gaming Collective to play games around Regent Square. Lately we have been meeting on Fridays at Starbucks after work. However, for exact dates and times, please check for announcements on our Gaming Collective Facebook page.

We announce all events on our Gaming Collective Facebook page.

In 2007, then seminary students Mike Gehrling and Chris Brown committed to prayer walking in Pittsburgh. One year later, God called them to start The Upper Room in Squirrel Hill to reach people without a religious community. The church committed to being a sacramental, contemplative, and missional community to provide people with intimacy and exploration. In 2018, The Upper Room relocated to the Wilkins School Community Center in Regent Square, and in 2019, we called a new pastor, Brendan Ashley. In February 2020, we celebrated the completion of our mission and we formally dissolved as a congregation.

Elder Peter Story | Peter moved to Pittsburgh in 2016 to start graduate school at Carnegie Mellon University. Shortly thereafter, he started attending The Upper Room. He was attracted to The Upper Room by its welcoming, close-knit community. Peter became an elder in 2018, and he currently leads game nights with Matt. He enjoys reading both science-fiction and theology.

Elder Matthew Morris | Matt is a born and raised Pittsburgher. He studied at Carnegie Mellon, where he earned his B.A. in Creative Writing, and at Pittsburgh Theological Seminary, where he earned his M.Div. Matt began worshipping at The Upper Room in 2013, and he became an elder in 2019. He enjoys being a nerd, and he is very serious about fun! Matt and Peter lead game nights together most Fridays.